Skip to content
The Old Town Hall up for sale – yet again?
Yet again, Sheffield’s historic Old Town Hall, in Waingate, has been advertised for sale. This happened only a few weeks ago – at the end of August –  and the advert was pulled after only ten days or so.
‘We have to ask what the owners are playing at’, said Valerie Bayliss, Chair of the campaigning group, Friends of the Old Town Hall. ‘The sale advert and the linked brochure – for what it’s worth, as it gives very little information – are the same as the ones that were pulled last month. The same agent is still asking the same amount for the building – £2 million or more, which is a huge amount for a building bought in 2004 for £650,000 and allowed to go to semi-ruin ever since. Even as a potential residential conversion, which the agent mentions, the price strikes local property experts as implausible, because of the general level of property values in the area and of course the state it’s in’.

The Friends are asking whether there is some complicated game going on. If there is, they are not impressed. ‘Our supporters have been concerned for ages about the state of the building’, said Friends’ committee member Joy Bullivant. ‘They object to a listed historic asset in the city being treated so poorly. Why don’t the owners do the right thing and get it back into use themselves?And if they can’t, or won’t, why won’t they make a realistic attempt to sell it on to someone who will?’ 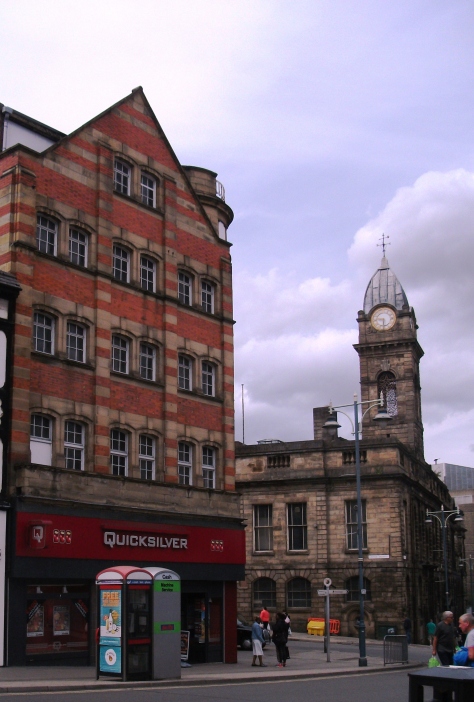 The owners of the Old Town Hall since 2004 are  London-based G1 London Properties Ltd. The company’s object is said to be ‘development of building projects’.  Since 2004 there have been no planning applications of any kind for the Old Town Hall. The Friends say this suggests the owners have had no plans to regenerate the building. ‘We would love to talk to the owners about how the building could be regenerated’, says Valerie. ‘The invitation we issued earlier this year is still open. We really want to stop the rot. But they have simply not responded to us. Meanwhile the neglect continues. It just isn’t good enough’.
Share this post
Share with FacebookShare with TwitterShare with Google+Share with PinterestShare with LinkedIn

I am a big fan of local history. I love how things used to be. I see a lot of beauty in the types of buildings some people think should be flattened. Our history is a part of who we are and should be preserved where possible. I am proud to be helping out with the website for the Friends of the Old Town Hall. I am also a husband, father and hypnotherapist.